Please note: the Cornell Boxes were unexpectedly popular, which has slightly complicated the manufacturing process. They are being produced as quickly as possible, subject to Andrew not becoming more of a gibbering wreck than usual, and will be shipped out as soon as they can; we hope to reward your patience by ironing out a few of the bugs which got glued to the paint in the first run. They'll be with you as soon as we can manage it, and this page will be updated with progress soon. We know who you are, we know where you live, for once this is a good thing (there are no obvious mob connections in the committee, although there might be a few dons in the academic sense) — but do let us know if you're moving before we ship!

Premium registrants at HPG 2022 will receive a free physical Cornell Box. Many graphics professionals will be aware of the Cornell Box as a test case for global illumination and light transport solutions. The basic box consists of two colored walls, a white back wall, ceiling and floor, and a white area light source in the ceiling (the light bounces off the walls and illuminates parts of the box and anything inside, and the coloring makes it easier to identify the light path); it looks like this:

Obviously any HPG attendee is capable of rendering a Cornell Box on a computer, so we need proof that this is a physical object:

This is professionally laser-cut maple plywood, hand (spray-)painted by an idiot who's only just worked out how to operate a spray gun. Final versions should be a little tidier than the prototype shown here, now I'm less optimistic about how much masking is necessary.

The box provided merely comes with a hole as a ceiling light. One reason for this is that the ideal diffuser likely depends on the brightness and size of your light source, so we didn't want to waste resources providing something inappropriate. Tissue or grease-proof paper would likely work well, and for brighter lights you might find a plastic end-stop for tubular furniture would work, and lock into place. These examples use a translucent camera body cap under a large flashlight. We'll come back to the other reason not to have a fitted diffuser below.

Note that it's quite hard to avoid light entering the front of the box from introducing shadows; fortunately in my experience asking computer scientists to sit in a dark room has not been a major problem.

A Cornell Box traditionally has a number of objects with interesting material properties placed inside. That serves the dual purpose of being useful as a reference for rendering algorithms and making the box into a passable shelf ornament (although it does make it tricky to move):

These are 40mm spheres — glass, obsidian and steel. The steel one is a ball bearing (ineffectually polished). The glass ball is sold as a "birthday gift" or "home decor" (you might like to find a supplier who doesn't send one through the post without any padding if you'd like to avoid scratches). The obsidian one is sold as being "for fengshui, crystal healing and divination". This will no doubt result in some annoying Amazon recommendations; you're welcome.

Pro tip: small rubber bands are useful to stopping spheres rolling around on a flat surface. (The base is designed so that it should sag towards the back, rather than sagging to the front and tipping things out, but I wouldn't rely on this.) A more pro pro might have sourced white rubber bands.

One might reasonably decide that this is a bit decorative, and that if your interests are more sporting, this might make for a presentation/storage box:

If it's not obvious, that's a golf ball, a squash ball and a (faux) table-tennis ball. Please note: these are not my sports, but they do offer some interesting BRDFs — and the box size was chosen specifically to accommodate them (you might get one tennis ball in there, but apologies if you're into kicking a bladder).

One might be more of the persuasion that one's leisure activities are based around (mostly) Platonic solids with helpfully numbered faces — obviously useful when visualising transformations and projections:

For the collector, that option has the advantage that one can also find area light emitters to place in the scene:

Of course, other sports are available, and I would be remiss were I not to squeeze in that, at the time of writing, I'm the world number 5 at tiddlywinks (and I swear the most recent tournament is entirely coincidental!)

The aforementioned other reason to have a hole in the ceiling is that one can also use lasers to provide a directed light source:

One unfortunate side-effect of using 200mW lasers with shiny targets is that I didn't dare look into the box to aim, so the effect is a bit random.

One might also be tempted to try to model participating media — for example by buying an ultrasonic mister and holding it over the box, with a cake cover underneath it to try to catch the splashes.

I'm here to tell you that was a massive pain, and if you're not trying to do this on one of the hottest nights of the year, just boil a kettle near it instead. (I'm not taking responsibility for advocating vaping among the graphics community, however.)

Of course, one might want a useful item on the desk rather than a decorative one. Conveniently, especially if you don't mind getting marks on the back face, the Cornell Box doubles as a desk tidy (with apologies for my limited amount of stationery with a graphics company theme):

Note: I have found desk tidies to be useful in the modern paperless office as a way to stop tools from falling off bookshelves. It doesn't work, and I've had a stud detector hit me on the head. I didn't take it as a compliment.

Finally, experts in the history of the Cornell Box may be aware that in some appearances (including the original), the face shown green so far was actually blue. Good news! For the price of a five-face box, you get one extra face free, so you can choose whether you're prefer blue to green or red.

The box ships as a six-piece flat pack:

To assemble your box (for a group of graphics professionals this should not be difficult, so eat your heart out Ikea...):

You may find it looks nice if you wood stain it a bit darker — but it's a pain to try to do this in bulk, so that has been left as a project for the recipient.

Thanks to our 2022 sponsors 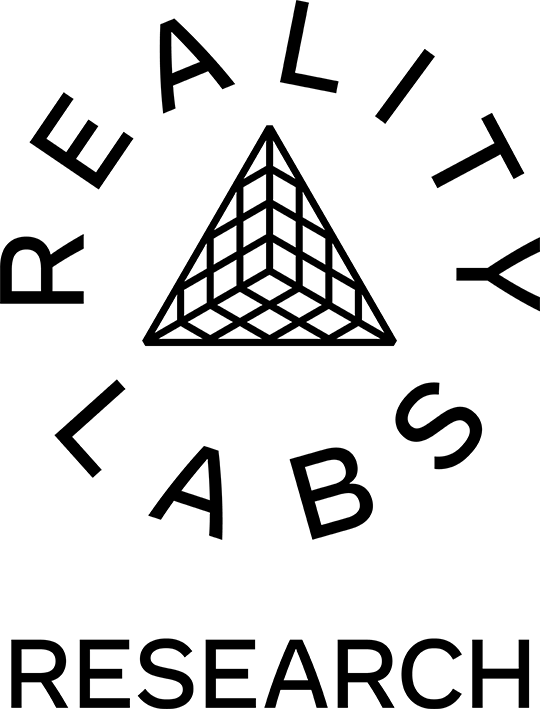